Arrived in Livingstone, Zambia, via Frankfurt and Johannesburg, after running around Johannesburg airport for a while trying to find my bag and then finding that it was already on the plane. Met James and Jess who I’ll be staying with are who are coordinating the start of a translation project for some of the language groups in Western Province. They took me to visit Victoria Falls which was incredible, although it was pretty hard to see very much because of all the spray. Got very wet, but managed to get a few photos. I think I saw more water in 20 minutes than I’d seen in 3 years in Tanzania… 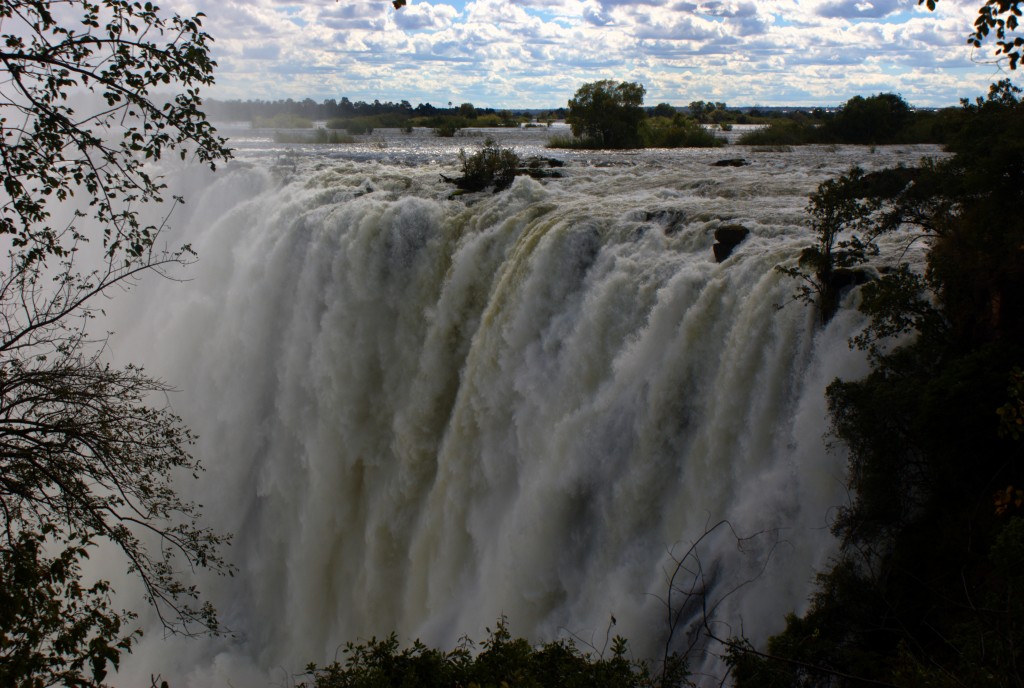 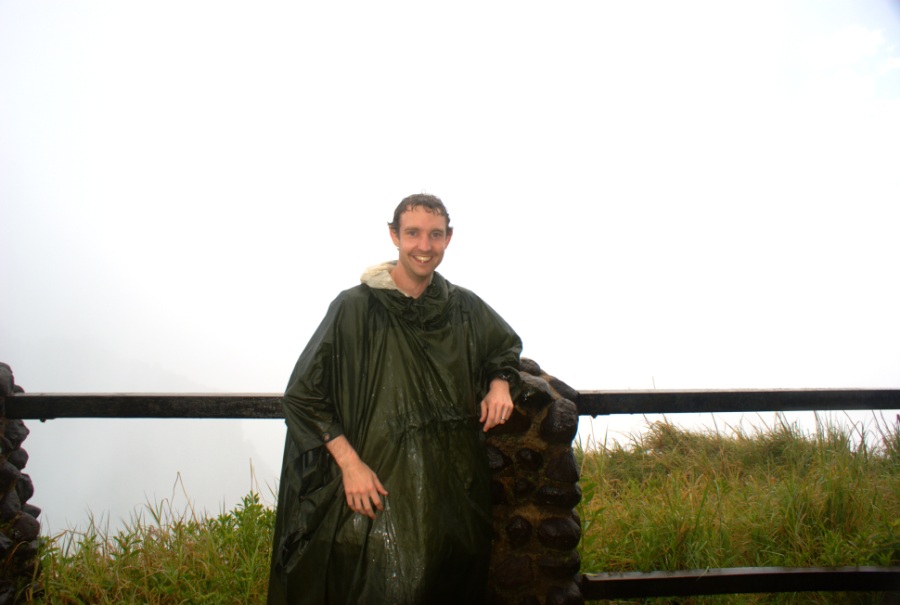 Me with the falls somewhere behind the mist… 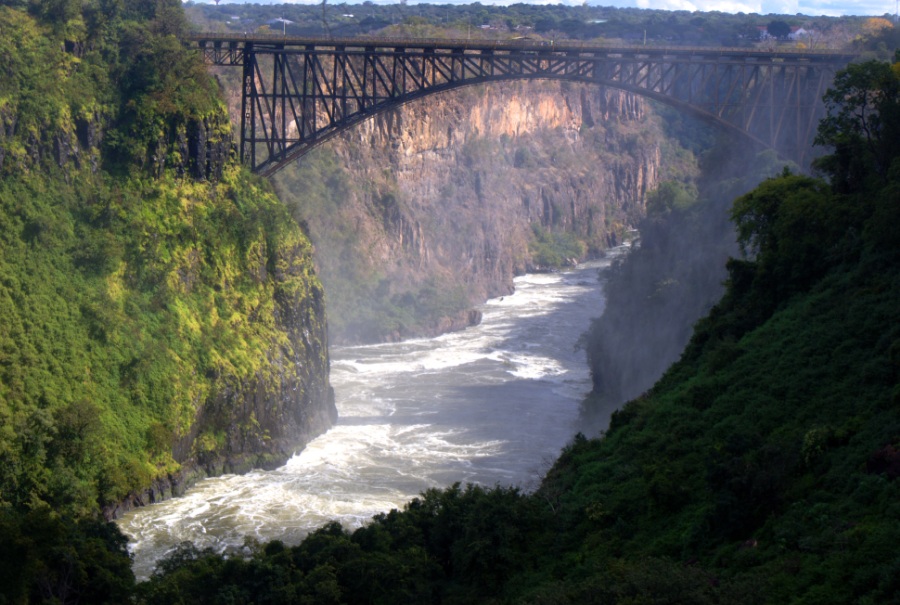 Looking downstream – the bridge from Zambia to Zimbabwe 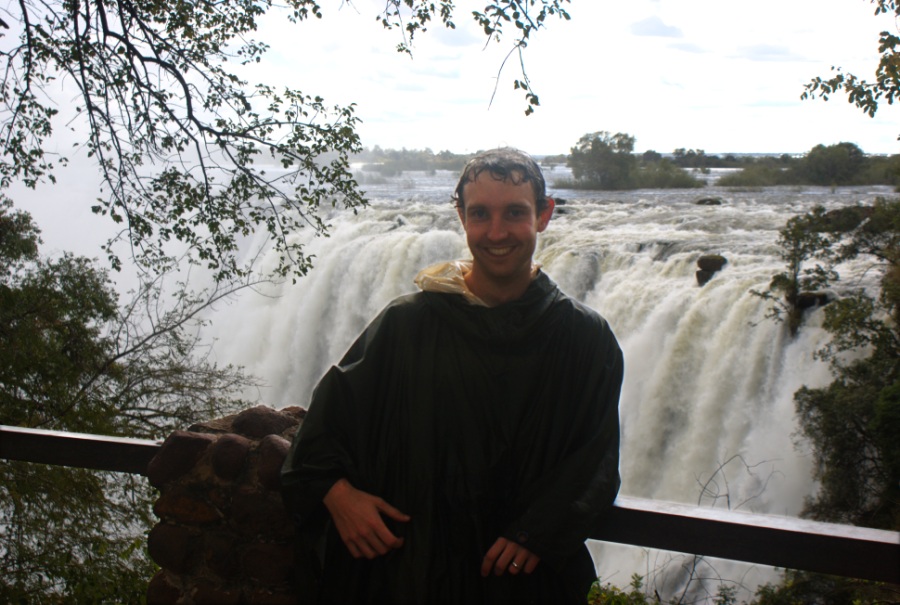 After a bite to eat we set off on the 14-hour dirt-road trip, eventually arriving at 5am after finally reaching the end of the never-ending road.

Slept in until 11:30am, and then felt very lazy as everyone else was already half-way through their day. In the afternoon I was able to meet the workshop participants – 5 Zambian guys in addition to James and Jess – and do an introductory session about why it’s important to survey language communities before you start any Bible translation project, and what can go wrong if you don’t! They seem like a great group of people, and I’m really looking forward to spending the next two weeks working with them. 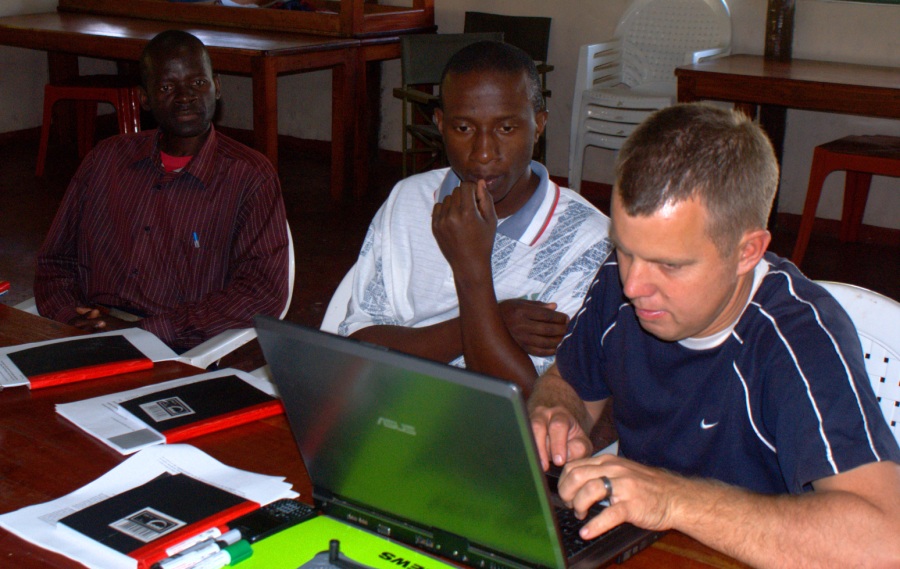 A full day of thinking through how we should approach any language research. By the end of the day we had discussed some of the potential issues that we should research, and come up with some questions on which to focus the research that we’ll be doing next week amongst the Kwangwa people. In the evening James and I went to the funeral of a nearby community leader who had passed away, to share in the grief of his elderly widow and the rest of the community.

Today we focused mainly on dialect issues – how do we know if people speaking two dialects can use the same Bible translation? And which dialect should materials be produced in so that as wide an audience as possible can understand and accept them? Then in the afternoon we looked at the issue of language vitality – whether a language will continue to be spoken, before thinking through some cultural and practical things for our trip to the Kwangwa next week.

I keep waking up every morning and thinking “what a beautiful day!”, and then remembering that that’s just what happens in dry season in Africa! I also keep remarking what a beautiful sunset it is every evening – probably because in England it’s such a rare occurrence if the sun ever happens to be shining as it sets. 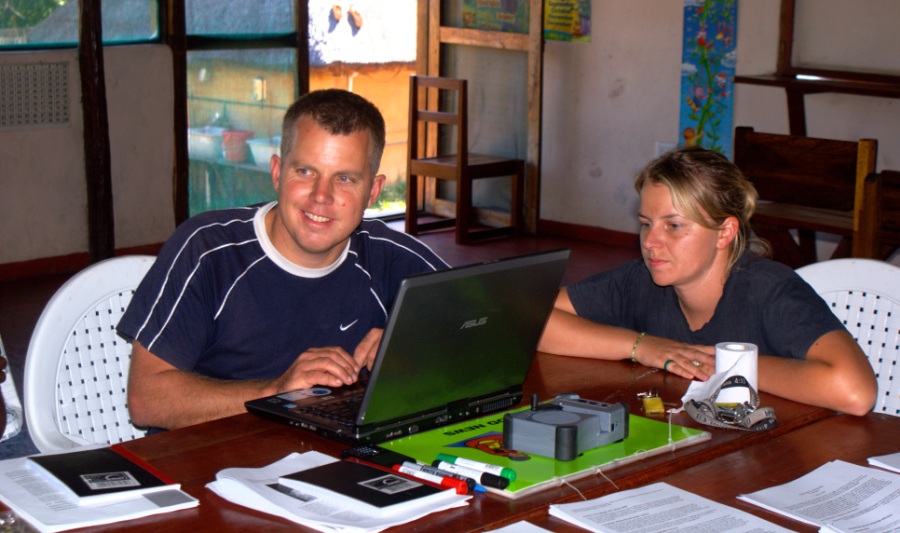 James and Jess thinking through some of the issues

We met together for final preparations for the trip to the Kwangwa people next week, deciding on exactly what questions we’ll ask people and other methods we’ll use to investigate how they would best engage with the Scriptures in their own language. I’m looking forward to the trip – despite the fact that we’ve only had 3 and a half days together discussing the principles of language research, I think the guys have a good grasp on things. Hopefully they’ll really be able to see things coming together as they put the theory into practice next week. 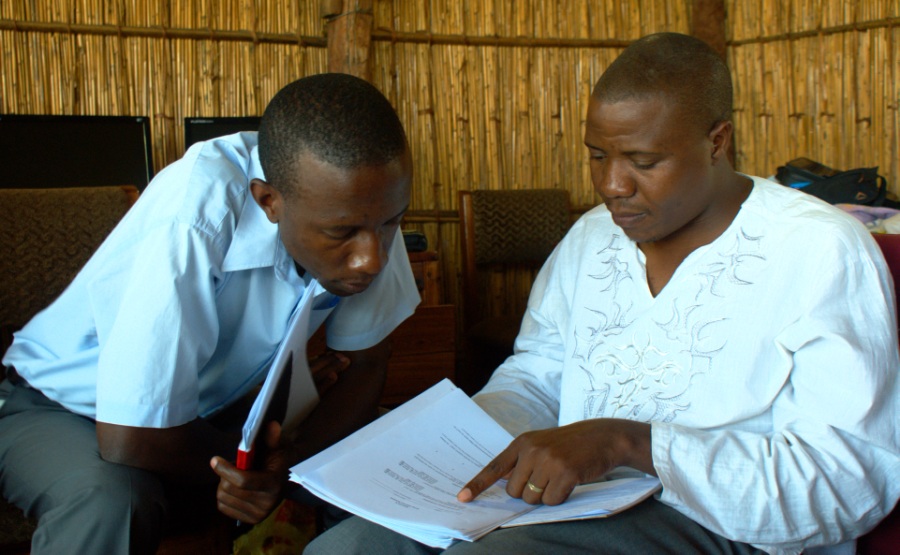 A restful day, doing not too much and answering a few emails. Feels like quite a few weeks since I’ve had a proper rest day that hasn’t involved visa applications or other things!

The beautiful view over the Zambezi flood plain

Went to the English-speaking church in town, which was different to any other church I’ve been to in Africa! The church is trying to reach out to the more educated members of the community, in the hope that they will become leaders in the church and have a vision to reach out to others in Western Province. In the afternoon we finish preparing for the village trip tomorrow, printing out interview schedules and blank word-lists ready for the 7am departure…!