Those of you who have been following our progress for a while may remember that back in 2004 (before Laura and I had even met…) I was involved in a sociolinguistic survey of the Nyiha and Nyika peoples of southwest Tanzania and northern Zambia and Malawi. My diary of the survey trip, which I look back at with some embarrassment from time to time, is in the archives…

Several years later, after lots of reviewing by different people, the sociolinguistic report has been published on the SIL International website, along with reports from the Fipa and Sichela language surveys. (Again you can see my diary and some photos from our Fipa and Sichela research trips).

The Nyiha of Tanzania are part of a Bible translation program centered in the town of Mbeya, and have recently translated the first Bible portions in their language for almost 100 years! You can find out more about the Nyiha translation project and those involved here. Some of the other Nyiha and Nyika groups mentioned in the report may be able to adapt these Scriptures into their own languages at some point.

The main question that we were seeking to answer during the Nyiha survey was whether there were different dialects of Nyiha that were sufficiently diverse so as to require separate translations of the Bible. We were able to talk with many people in a variety of villages throughout the Nyiha-speaking area, listening to their opinions and comparing some of the words that they used. Our conclusion was that if the translators were chosen from some of the villages in the center of the area, and stuck to the language used there, then all the Nyiha should be able to understand the Bible well.

It’s exciting for me to see now that not only is the report now available to anyone who wants to know more about the Nyiha people and their language, but more importantly, the recommendations of the research are becoming a reality and the Nyiha are starting to produce Scriptures that can be used throughout the whole community. 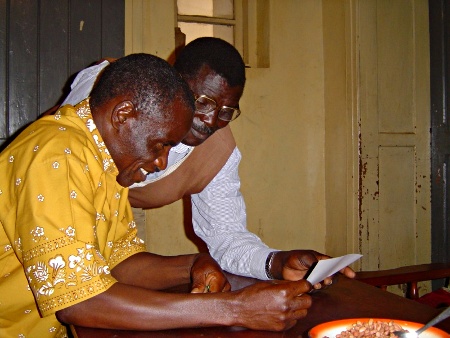