Our friends Andrew and Michelle are working alongside translators and literacy workers from nine language groups in Tanzania’s Mara Region, an area that I was involved in a linguistic survey of back in 2005 and 2006. Since I was there the languages have been analysed, alphabets developed, and the first parts of Scripture published in many of these communities.

Andrew and Michelle have begin a series of blog posts focusing on each language group in turn in order to help people around the world to pray for the communities and for the needs of their staff in the translation project. They have started with the Ikizu and Sizaki peoples, who speak languages that are close enough to be able to use the same written materials. 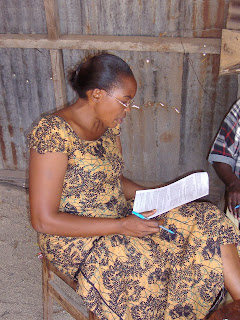 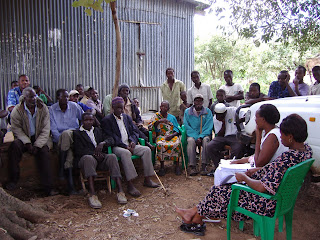 There are about 132,000 Ikizu and Sizaki people, a few of whom are pictured here. While Ikizu and Sizaki people consider themselves to be different people groups, their languages are very closely related, and Sizaki is considered a dialect of Ikizu. There are a few minor pronunciation differences, but their vocabulary and grammar is essentially the same. The groups get along well, and the Sizaki (who are significantly fewer than the Ikizu) seem happy to accept the Ikizu writing system and Bible translation as their own.

As with all the groups in Mara (Mara is a region of Tanzania), there are Christians, Muslims, and people who practice traditional religion. Roman Catholic is the largest denomination, followed by Seventh Day Adventist. There are also Mennonite, Anglican, and a variety of small Pentecostal churches. Some villages have no churches at all and people have to travel to another village on Sunday if they wish to attend. In the traditional Ikizu religion, the sun is the main god, and deceased ancestors play an important role. There are various taboos to follow and special places to worship, such as groves of trees.

When the translation project began, there were two Ikizu translators. One of them has recently moved away and we are not able to hire another one right now. Rukia, the lone Ikizu translator at this point, is pictured above. Unfortunately, she has recently been plagued by health problems. Medical care in Musoma is a bit lacking, so Rukia really needs prayers for her health.

The Ikizu translation of Luke is almost ready for beginning the publication process. There are just a few final checks that need to be done. Unfortunately, with there being only one ill translator working on the project, these steps might take longer than planned. The book of Ruth and some tracts are also in process. A committee of Scripture reviewers and a language committee have recently been formed, each having their first meeting in February. Read more

Please pray for the Ikizu and Sizaki peoples, and follow Andrew and Michelle’s blog for upcoming profiles on other language communities in Mara Region and the challenges they face.