Last week as part of the MA in Bible and Mission that I am doing we were discussing oral cultures and how people from these cultures engage with the Bible. There are billions of people around the world who can’t read, don’t read, or for whom reading is not their preferred way of engaging with information.

As part of the course Eddie led us through a discussion of how oral learners often see the world very differently to literate learners, with the help of a very informative e-book, Making Disciples of Oral Learners (pdf, 954KB). While a literate person may think very linearly, an oral person will often tend to think more holistically and circularly. While a literate person likes to think in terms of abstract statements, an oral learner sees truth in terms of relationships often expressed through stories. While a literate learner can give and receive information on his own, or with a small group of specially selected partners, an oral learner is dependent on the community of people who are physically with him in time and place.

These differences are important to be aware of as the vast majority of Christians who are trying to communicate the good news about Jesus to people in oral cultures are themselves highly literate, and used to processing information in a written format using literate thought processes. When it comes to communicating the Bible it can be easy for someone from a highly literate culture to assume that the oral learner thinks as they do and will engage with the Bible as they do. But this is by no means true.

Apart from the obvious difference that literate people will tend to read the Bible when oral learners prefer to listen, the literate person is much more likely to dissect parts of Scripture, systematise and structure it and to prefer to read parts of the Bible that more easily lend themselves to these practices. As a result highly literate people tend to focus to a large extent on Paul’s letters in the New Testament.

Oral learners on the other hand are more likely to hear the narrative of Scripture, seeing it as a whole and placing each part within the wider context. They will have much more tolerance for ambiguity, viewing the narrative as a complex relational whole which cannot be reduced to a system or simplistic structure. Oral learners may tend to focus on the narrative parts of the Bible, as well as the wisdom literature.

Neither approach is necessarily right or wrong, but as with any cultural differences we can learn a huge amount as we become aware of the perspectives of others and our own biases. As the church engages with people of different cultures it is vital to be aware of how people view the world and how they learn, not simply assuming that everyone is the same as us. The e-book points out that many times when communities have been assumed to be highly resistant to the gospel the use of oral learning methods, including Chronological Bible Storying, has shown that the community is in fact merely struggling with the literate ways in which it has been communicated and is very open to the good news about Jesus when it is presented in an appropriate way.

A final point to note is that while we may tend to think of oral cultures as being located in Africa and Asia, the post-modern West is in many ways becoming increasingly post-literate. A large number of people in Europe and North America don’t read a single book after finishing school (58% in the US according to the e-book) but instead take in information largely through images and audio-visual media. As the church in the UK is largely middle-class and generally geared towards highly literate people, how much can it learn from its brothers and sisters around the world and the ways that they engage oral communities with the good news about Jesus? 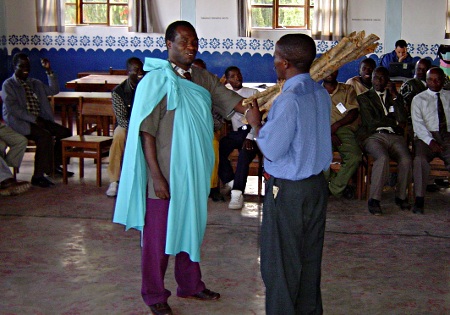 Pastors in Mbeya, Tanzania, acting out the story of Abraham preparing to sacrifice Isaac (April 2004) 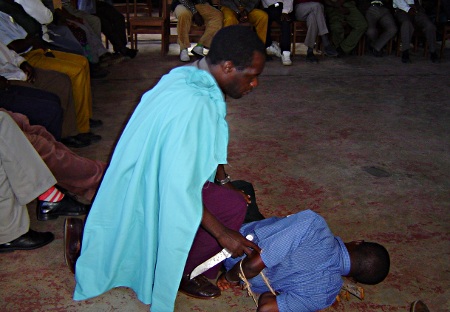 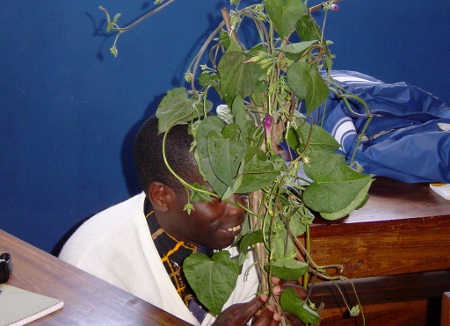 The ram caught in the bushes (in case it wasn't obvious...)