Last week we were in Petaluma, California, spending time with friends and with one of our supporting churches. During our time there we were able to share with a couple of the home groups about the work we’re doing, and also to reflect on the message we’d heard in church about Jesus’ parable of the vineyard workers from Matthew 20 and the role of this story in God’s mission.

“For the Kingdom of Heaven is like the landowner who went out early one morning to hire workers for his vineyard.2He agreed to pay the normal daily wage and sent them out to work.3“At nine o’clock in the morning he was passing through the marketplace and saw some people standing around doing nothing.4So he hired them, telling them he would pay them whatever was right at the end of the day.5So they went to work in the vineyard. At noon and again at three o’clock he did the same thing.

6“At five o’clock that afternoon he was in town again and saw some more people standing around. He asked them, ‘Why haven’t you been working today?’

7“They replied, ‘Because no one hired us.’

“The landowner told them, ‘Then go out and join the others in my vineyard.’

8“That evening he told the foreman to call the workers in and pay them, beginning with the last workers first.9When those hired at five o’clock were paid, each received a full day’s wage.10When those hired first came to get their pay, they assumed they would receive more. But they, too, were paid a day’s wage.11When they received their pay, they protested to the owner,12‘Those people worked only one hour, and yet you’ve paid them just as much as you paid us who worked all day in the scorching heat.’

13“He answered one of them, ‘Friend, I haven’t been unfair! Didn’t you agree to work all day for the usual wage?14Take your money and go. I wanted to pay this last worker the same as you.15Is it against the law for me to do what I want with my money? Should you be jealous because I am kind to others?’

The first thing we noticed about this parable is that it comes immediately after the rich man asked Jesus what he must do to enter the kingdom of heaven. The rich man was part of God’s people Israel and had been following the law all his life, so probably expected Jesus to give him one or two pieces of advice and then commend him for being a faithful believer. But instead Jesus says that in order to really follow God he must sell all he has and give it to the poor.

Next Peter asks Jesus what he and the other disciples will receive as they have given up everything to follow him. Jesus tells them they will be rewarded (which, given that some of them came from slightly dubious backgrounds, must have puzzled or even angered the rich man who had been following the law all his life) but then goes on to tell this parable.

What is the main message of the parable? What is Jesus trying to teach the rich man, and Peter, and the crowd, and us, about the nature of God’s kingdom?

I wonder if the point of this parable is that rewards are not really the important part of God’s kingdom. Every worker received the same wage in the story, but the emphasis is on the vineyard owner doing as he pleases with his money. Yes, those like Peter who give up everything to follow Christ will be rewarded (even if from the point of view of the rich man they have only started working at the eleventh hour), but the story ultimately illustrates how none of the workers can feel more important or more worthy than any of the others. The right response of the workers is simply to be faithful with whatever opportunity they are given, rather than seeking reward or comparing themselves to others.

In the world money, rewards, power and status are important. Immediately after this parable Matthew records the mother of James and John asking that they have the most prestigious places in his kingdom. But I think in this story Jesus is saying that actually his kingdom is not about rewards, it’s not about comparing ourselves with others or trying to achieve more status or power. It’s not about getting ahead or looking down on those who are not playing the game as well as we are. But rather it’s about service, sacrifice and being faithful with the good gifts and the opportunities that God gives us.

How is this missional? Well, I think the main aim of God’s mission, and of Jesus’ life on earth, is to establish his kingdom. Many of the stories Jesus told, including this one, were aimed at sparking people’s imaginations to envision the new creation that God is bringing about, simultaneously teaching about his kingdom and drawing the hearers into it. As we read these stories I think we can learn a huge amount by seeking to understand what Jesus was trying to communicate, what attitudes and misconceptions he was trying to correct, and the methods he used to try to do this.

As we seek to live as missional people in our world, playing our part in God’s mission, how can we, like Jesus, help those outside the church to understand what God’s kingdom is really like? We live in a world where power, money and status are seen to be hugely important, and people naturally assume that it is the same in God’s kingdom. Jesus creatively and imaginatively challenged people to think outside of this box and realise that God’s kingdom turns these values upside-down, making the first last and the last first.

How can we as Christians be showing the world, through our lives and through creative means of communication, that God’s kingdom is not about power, money or status, or about trying to do better than those around us? How can we show that following Jesus is about giving, sacrifice, putting others before ourselves, and being faithful whatever opportunities God gives us? 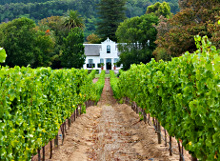