Much has been said and written over the last week about the life and achievements of Steve Jobs, who founded and ran one of the most successful companies ever, producing technological products that continually pushed the boundaries of expectation. Following his death last week, aged 56, many tributes have been paid to the way in which Jobs apparently changed the world, with much interest also in his philosophy on life, and death.

But amongst all the glowing tributes, two articles have really stood out and made me think. The first is from Eddie, who questions whether Steve Jobs did indeed change the world as many have claimed.

But did he change the world? A lot of commentators of have [claimed] that he did, but to be honest that’s either hyperbole or just ignorance.

The majority of the world’s population are far too busy making a living and putting food on the table to afford the high-end consumer goods that Apple produces. Those who can afford mobile phones or computers will generally go for cheaper, less-fashionable brands. Viewed from the perspective of the whole world, Apple design and produce wonderful, expensive toys for rich people. They have changed the way that some people work, they’ve brought new words to the English vocabulary (podcasting) and they have pioneered a catch up race in phone design, they may have brightened up your life, but they didn’t change the world. Read more…

Eddie goes on to suggest that it’s actually those who come alongside communities in the majority world, helping them to address the challenges they are facing (for example by working to eradicate malaria) who could be said to be changing the world. Could it be that our belief that Steve Jobs changed the world says as much about our definition of the world as it does about Jobs’ career achievements? 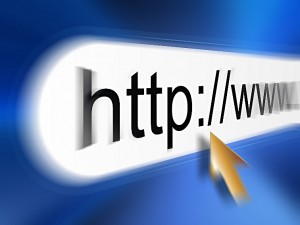 On a similar topic, Andy Crouch has written a fascinating piece in the Wall Street Journal critiquing modern western technological culture. He paints Jobs as a secular prophet, offering ever more impressive products to improve our lives, increasing efficiency and relieving suffering. In Jobs’ worldview, death is accepted as an inevitable reality, with meaning and purpose found through making life as comfortable and serene as possible.

Crouch contrasts Jobs’ speech about death in 2005 with comments made by Martin Luther King in 1968, ten years after a failed attempt on his life. Whereas both accepted the inevitability of death, they came to very different conclusions as to what it means to live a meaningful life.

The whole article is definitely worth reading, but I found this concluding quote particularly interesting:

And that may be true of a future age as well. Our grandchildren may discover that technological progress, for all its gifts, is the exception rather than the rule. It works wonders within its own walled garden, but it falters when confronted with the worst of the world and the worst in ourselves. Indeed, it may be that rather than concealing difficulty and relieving burdens, the only way forward in the most tenacious human troubles is to embrace difficulty and take up burdens—in Dr. King’s words, to embrace a “dangerous unselfishness.” Read more…