Simon Cozens always seems to have fascinating thoughts on the Bible, mission and post-modern culture. Recently he posted about apologetics, and why the modernist style of apologetics can be very much at odds with the model of mission we see in the Bible.

The big-name Christian apologists are, basically, modernists. Their method of apologetics is to show that belief in the God of Christianity is entirely compatible with human rationality. In other words, they are accepting the proposition that human rationality is the standard against which God is judged. This may not be particularly glorifying to God but it certainly glorifies human rationality.

They might say that they are accepting this proposition as a starting point because it is the mindset of those that they are going up against, and hey, we’re into contextualization and starting from where the other person is coming from, but you can’t be a Christian and leave that starting point unchallenged. The Christian starting point is that God is the standard against which everything, up to and including human rationality, is judged.

This is why I have no interest in debates between prominent atheists and prominent apologists. They both place their ultimate faith and authority in the human capacity for reason and logic and in the need to make rationally defensible choices. In that sense, they’re both arguing the same side.

Worse, if you do go down that road, what kind of a God can you end up with? A God who is rationally defensible may be the clockwork god of the Deists but not the surprising, challenging and sometimes confusing God of the Bible. Read more…

I have to say this is exactly the issue that I have with The Truth Project, which I have written about a couple of times. By trying to defend what is true merely through rational counter-arguments and modern logic we can end up actually pointing away from the truth of the God who, as revealed in Jesus, is challenging, surprising, and not at all what our limited human logic would lead us to believe an all-powerful God would be like.

Simon’s thoughts tied in very well with a paragraph I read recently from N.T. Wright’s Jesus and the Victory of God, which pretty much sums up what I have been learning over the past few months:

His kingdom-announcement, like all truly Jewish kingdom-announcements, came as the message of the one true God, the God of Israel, in opposition to pagan power, pagan gods, and pagan politics. But, unlike the other kingdom-announcers of his time from Judas the Galilean to Simon ben Kosiba, Jesus declared that the way to the kingdom was the way of peace, the way of love, the way of the cross. Fighting the battle of the kingdom with the enemy’s weapons meant that one had already lost it in principle, and would soon lose it, and lose it terribly, in practice. (N.T. Wright, Jesus and the Victory of God, p595)

When we depend merely on rational defense of God’s kingdom through combative apologetics and debates, maybe we are fighting the battle of the kingdom with the enemy’s weapons. When we insist on our rights as Christians to have our faith play a central role in public life, or try to pass laws forcing people to behave according to our own standards, maybe we are again fighting the right battle but with the wrong weapons. When we see Christianity as a territorial religion, trying to protect what we have while sending missionaries to make inroads into enemy land, maybe we are missing the point. When we build huge Christian empires in order to have as much influence as possible in society, maybe we are using the weapons of the kingdom of wealth, fame and control to fight the battle of the upside-down kingdom of God, and consequently have already lost the battle in principle.

Jesus on the other hand explains that the victory of God in and through his suffering and humiliating death using the following analogy:

What does it mean for me, and us, to embrace this revolutionary way of being revolutionary, fighting the battle of God’s kingdom with the weapons of love, humility and even defeat, in order to see God’s victory and a plentiful harvest of new life? 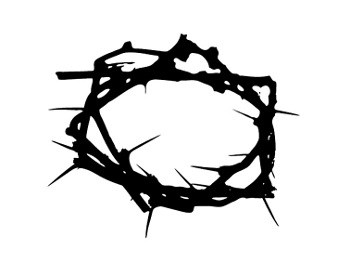