A few days ago Wycliffe UK Director Eddie Arthur published an article on the Guardian newspaper’s website, about the six years that his family spent in Cote d’Ivoire, where they had been invited by the local church to help translate the Bible into the Kouya language. The article is very interesting if you want to read it, but one of the most striking features is the comments, which are generally negative and often hostile towards the concept of Bible translation and Christian mission in general.

When faced with criticism it is easy for us to become defensive. In reference to the supposed “war on Christmas” here in the US, I have heard several people comment in the last few days that western society values tolerance of every religion and belief, except Christianity. Is this fair, and is it true?

Reading Lesslie Newbigin’s The Gospel in a Pluralist Society has been a challenging but enlightening experience for me. He makes the point that western culture makes a sharp distinction between the private sphere, of personal beliefs and values, and the public sphere, of scientific facts and universal truths. While western society has a high value of pluralism, and tolerance, in the private sphere, there is extremely little room for tolerance in the public sphere (you won’t find much acceptance for your belief that the earth is flat).

When Christianity is practiced as a personal private faith there is a great deal of tolerance and acceptance of it. But the message of Jesus and of the Bible as a whole is not one that accepts western society’s division of life into private and public spheres, agreeing to stay quietly in the private part of life. Rather, it claims to rely on objective historical events, and to have universal relevance for all people and cultures.

This is where the conflict with modern western society arises. True Christianity refuses to be confined to the tolerant private sphere of personal beliefs, and insists on being heard in the public sphere of facts and universal truth. At the same time, the historical facts upon which it relies are notoriously difficult to prove in a scientific way (which is what western society’s public sphere requires). Certainly there is much evidence that can be debated, but it will always be impossible to prove scientifically that God exists, or that he created the world, or that Jesus of Nazareth was God, or that he was dead and came back to life. Not only this, but even when the evidence seems to support the claims of Christianity (as N.T. Wright for example argues in his exhaustive three–part series about Jesus and the early church), the conclusions drawn, that God became a human, that God died, and that he was raised to life, are so surprising and unintuitive to us that it is virtually impossible for anyone to believe them purely on the basis of the scientific evidence alone.

So where does that leave us? Newbigin concludes that

Almost everything in the “plausibility structure”  which is the habitation of our society seems to contradict this Christian hope. Everything suggests that it is absurd to believe that the true authority over all things is represented in a crucified man. No amount of brilliant argument can make it sound reasonable to the inhabitants of the reigning plausibility structure. That is why I am suggesting that the only possible hermeneutic of the gospel is a congregation which believes it. (Newbigin, The Gospel in a Pluralist Society, p232)

Newbigin, without denying that the gospel does rest on firm historical facts and truths, and hence that Christians must engage with these objective questions when they arise, nevertheless believes that ultimately these debates on their own are unlikely to convince anyone of something that goes so totally against the way our society thinks and acts. At the end of the day the most effective witness to the truth of the gospel is the transformation of the lives of a community of people who are following Jesus, humbly loving, giving up their rights and putting others first as they seek to follow in the footsteps of the one who has brought God’s victory through what seemed to be the ultimate defeat.

I really like Eddie’s article about how the story of God becoming man is for people of all nations and languages. But I think he would agree that unless the people we are engaging with are able to see in our day to day lives the truth of the gospel of love, humility and service as we take up our cross and follow Jesus in the power of his Spirit, they are always likely to be hostile to our strange and revolutionary message. 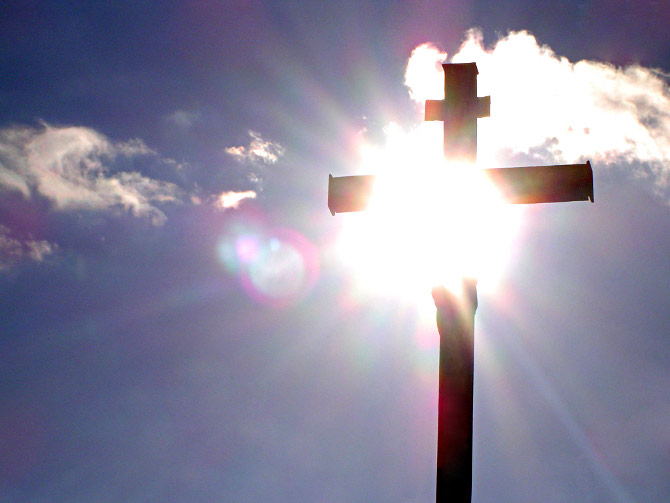