On Friday I was invited by two of our friends, Goodluck and Eliki, who work here at the language school to visit their village and families. I was excited to have the opportunity, and grateful to be able to share in a part of their lives for a few hours.

To begin with we visited Goodluck’s home, a couple of miles up the road from where we are staying. Here I met his Grandfather and Grandmother (Babu and Bibi in Swahili), who are from the Kinga tribe. The Kinga mainly live in the south-west of Iringa Region, but Babu and Bibi had to move to this area near Iringa town during the time of Ujamaa, soon after Tanzania gained its independence in the 1960s, and have lived here ever since. 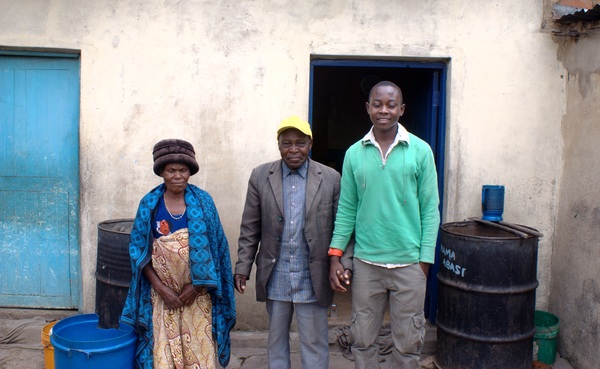 Goodluck with his Bibi and Babu

Next we went a few miles up the road to a white monument. This is actually a war memorial, dedicated to the German colonial soldiers who died fighting with the Hehe people in 1898. Apparently the Hehe with their spears and bows and arrows used to hide on the side of the hill and in a large hole in the valley, trying to take the Germans by surprise as they marched over the hill with their guns. 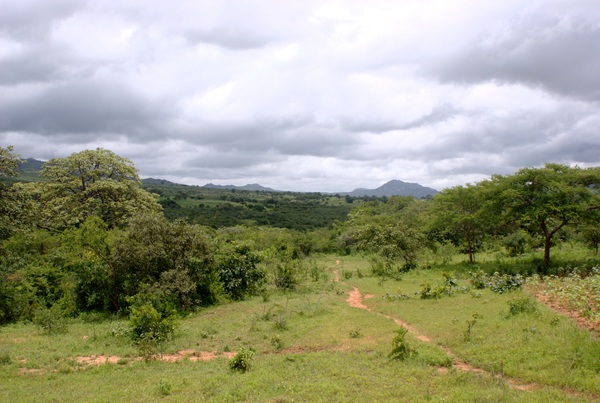 The hill that the Germans marched over, as the Hehe hid in the valley to the left

It is sobering to think that just over a hundred years ago Europeans were sending armies to occupy large parts of Africa, forcibly taking much of the best land from groups who had been farming it for generations. Sadly, this war memorial only commemorates the German soldiers who died – the Hehe have no visible graves. 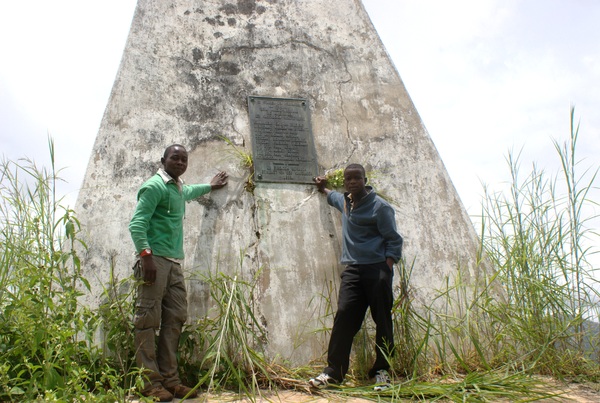 Goodluck and Eliki at the German war memorial

Next we turned down a small road for several miles, eventually arriving at the secondary school that both Goodluck and Eliki had recently graduated from. Here I was able to meet some of the teachers, and even to greet a class of students as they sang songs. While education is becoming more available generally in Tanzania, it is still a huge struggle for many to have the opportunity and the money to attend secondary school. Goodluck and Eliki have finished Form 4 and hope to continue to Forms 5 and 6 once they have enough money for the school fees. 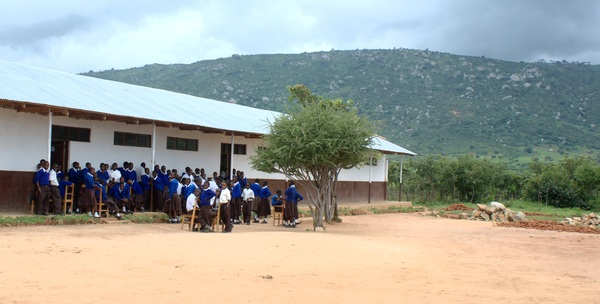 Some of the students at Lundamatwe Secondary School

As we traveled around together I enjoyed sharing in part of Goodluck and Eliki’s lives for a short time. At one point I asked them a question that I am keen to know the answer to – if they could give us, as a Brit and an American, one piece of advice for living in Tanzania, what would it be? After encouraging them not to be afraid but to answer honestly, they both agreed that their biggest frustration with expatriates in general is our failure to take time to listen to people, investing our time and energy (and even money) in coming alongside local communities, listening to and learning from the people we interact with. As I heard their answers I was left to reflect on how easy it is for us to apparently devote our lives to a particular cause, leaving behind friends and family, throwing ourselves into projects and ministries, but never actually taking the time to connect with people, learning from them and seeking to become part of their community.

The one thing I have learned about Tanzanians over the past few years is that they tend to be very community-oriented, and extremely friendly. Our challenge is not to become so focused on “our work”, or the projects that we have come to Tanzania to be involved with, that we fail to receive the blessing of this friendship and community that is being extended to us each day. 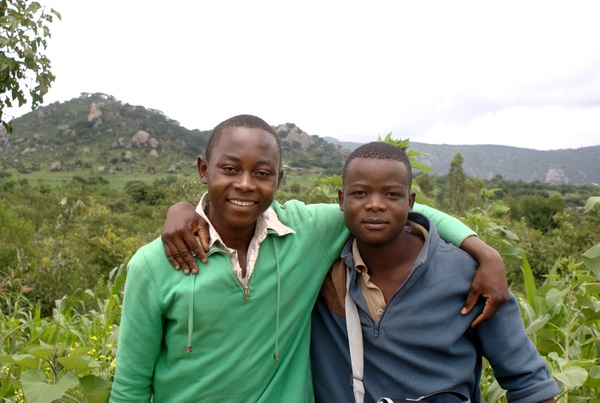