News of economic bailouts and financial crises in Europe seem a little strange to me here in rural Tanzania. I can’t quite put my finger on it, but there is something incongruous about extremely rich people dressed in nice clothes discussing how to preserve the banking system and stave off financial collapse, when our friends around us here in Mpanda are blissfully unaware as they work hard to harvest their crops and earn money to buy a plot of land and build a small house for their family.

So what exactly is the crisis? Is it that people are starving, or being persecuted, or being denied access to basic healthcare? Not generally, no. Maybe it is the shock of individuals losing their jobs, and families having to adapt to a different way of life. I think this is a big part of the crisis.

And yet these kinds of issues are faced by people around the world every day, with no talk of a crisis. A couple of days ago Zitto Kabwe blogged about The bottom 30 million, a reference to the majority of Tanzanians who rely mainly on agriculture and are not benefiting from the overall economic growth in the country. Many of these 30 million have limited access to healthcare and have no formal employment, so could be said to be in a much worse economic situation than many of those struggling in Europe. And yet there is no talk of an economic crisis in rural Tanzania. In fact, if anything there is often an unspoken acceptance that this is the natural way of things, that European countries have a right to be wealthier than African countries, as evidenced by the Spanish Prime Minister’s comment that “Spain is not Uganda”. 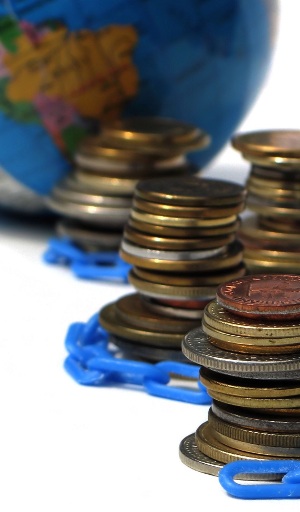 As European news is filled with dread about the economic situation on a daily basis, I wonder if in fact the crisis is more a crisis of belief in an economic system, a paradigm where the golden rule is that we all act selfishly in the belief that this will bring prosperity and happiness to all. A system where we who are rich just look after ourselves, getting richer while at the same time believing that our greed is actually helping the poor too. A system where we feel we have the right to ever-increasing wealth, turning a blind eye to those who don’t seem to be benefiting in the same way that we are.

If this system is seen to be failing then there is a huge amount at stake.

Not simply large financial institutions, or international currencies, or multinational corporations, which after all are just man-made concepts to organise the accumulation and distribution of wealth. I think more fundamentally the crisis is in our belief that if we all act selfishly (with regard to economics as well as in life in general), accumulating as much as possible for ourselves, then the market (or the laws of the universe) will take care of the rest and everything will be rosy. If this entire paradigm is seen to be failing, then we must re-examine the fundamental assumption that greed and selfishness make the world go round. We may well call that a crisis.

Jesus told many stories to highlight the delusion of people around him and the absurdity of some of the ways they had learned to see the world.

Then someone called from the crowd, “Teacher, please tell my brother to divide our father’s estate with me.”

Jesus replied, “Friend, who made me a judge over you to decide such things as that?” Then he said, “Beware! Guard against every kind of greed. Life is not measured by how much you own.”

Then he told them a story: “A rich man had a fertile farm that produced fine crops. He said to himself, ‘What should I do? I don’t have room for all my crops.’ Then he said, ‘I know! I’ll tear down my barns and build bigger ones. Then I’ll have room enough to store all my wheat and other goods. And I’ll sit back and say to myself, “My friend, you have enough stored away for years to come. Now take it easy! Eat, drink, and be merry!”’

“But God said to him, ‘You fool! You will die this very night. Then who will get everything you worked for?’

I wonder if failing banks and astronomical debt are not the real crisis, but merely a symptom of the deeper crisis, of our desire to store up earthly wealth rather than investing in others and in our relationship with God?