Back in September 2004 I was part of a research team that spent a few weeks with the Nyiha people of Tanzania’s Mbeya Region, trying to answer some questions about how the Nyiha may best be able to translate the Bible into their own language. As part of the trip we ended up also driving south to Zambia and Malawi to connect with the Nyiha and Nyika communities there, who were originally part of the same Tanzanian community but had travelled south several generations ago.

The research trip confirmed that there was a need to translate the Bible into Nyiha, and that there were only minimal dialect differences between the ways that people in the various Tanzanian Nyiha villages spoke. Since then several Nyiha translators have been working alongside translators from other languages of Mbeya and Iringa Regions, to start translating portions of Scripture into their languages. 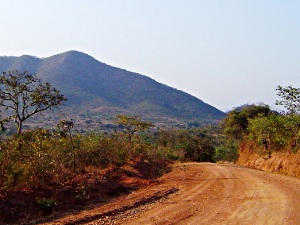 Now we are excited to hear that various portions of Scripture have been published, and will be dedicated in Igamba village next month!

Last week we received a comment on our website from Matthew, a member of this language community:

I would like to inquire if it is possible to acquire some copies of Nyika Bible translations, how to acquire them (if possible) and what the process is if there is any. I have been yearning to get a translation done in my own tongue language but I couldn’t find any. I asked some friends in Tanzania but they told me there were no Nyika versions…

I would appreciate if I could be assisted with some copies. My people too need the Bible in their language.

While we praise God that the Tanzanian Nyiha community are now starting to be able to access a few small portions of the Bible in Nyiha, let’s not forget to pray for people like Matthew and millions of others around the world who are still longing to hear God speaking in their own language.