“People will believe that God knows them if their language has Scripture in it… they will be very happy!” This was the opinion of Stephen, a speaker of the Bende language in Tanzania’s Katavi Region. But in order for parts of the Bible to be written in a language, there must first be an alphabet that is easy and intuitive for speakers of the language to read. 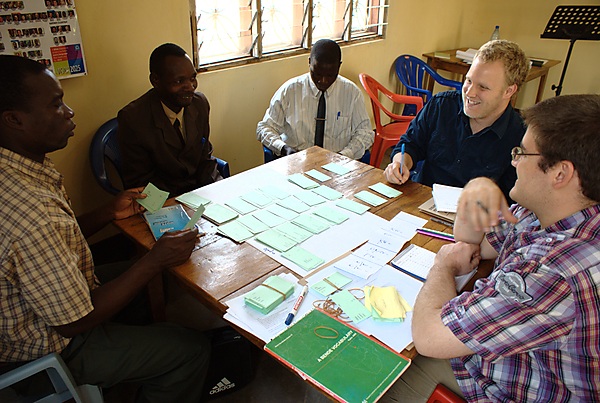 It was this task of creating suitable alphabets that brought Stephen and seven other speakers of the Bende and Pimbwe languages together for a three-week workshop that finished last Friday. Led by three of our colleagues who came alongside and guided them through the linguistic analysis, the participants painstakingly studied the sounds that make up the language they speak every day, in order to discover how they function together to make words.

Once the sounds had been analysed, the linguists were able to make recommendations to Stephen and the other Bende and Pimbwe speakers as to how their languages might best be written in ways that reflect the perceptions of the speakers, and hence are intuitive to read and write. Together they were then able to come up with tentative orthographies, or writing systems, that will now be tested and refined over the coming months.

The participants left the workshop with the provisional alphabet charts they had helped create, along with the satisfaction of knowing that they had achieved something that had never before been done in their language community. As Bende and Pimbwe speakers from western Tanzania, together with linguistic experts from around the world, they had created a writing system, and in the process taken one step closer to seeing the first books and Scripture portions produced in the languages of the Bende and Pimbwe peoples. 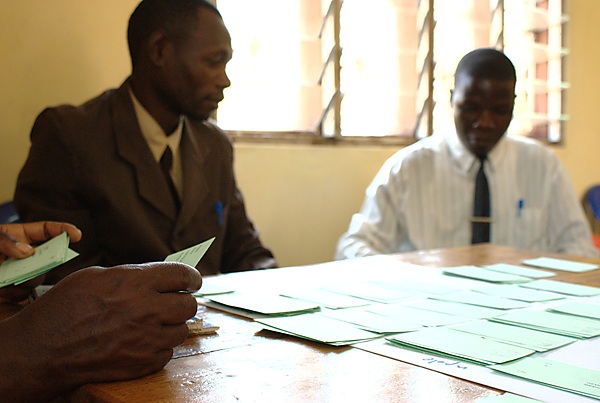 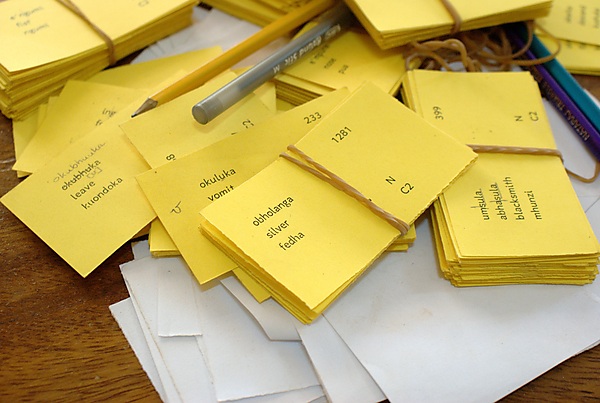 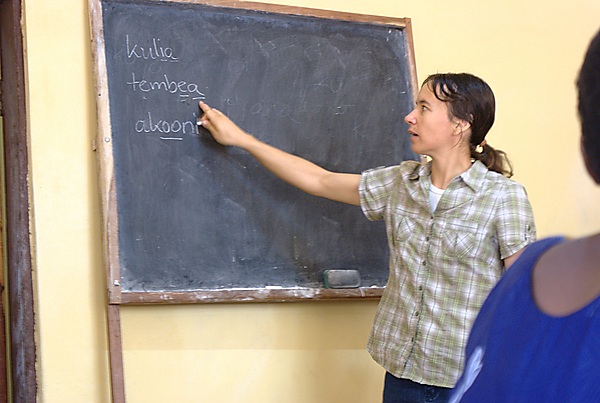 Karin teaching some of the linguistic principles 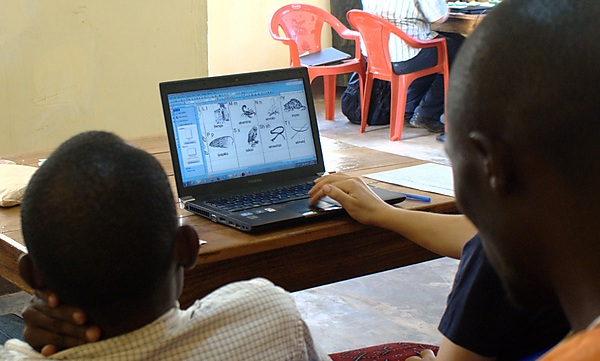 The Pimbwe choose images for the alphabet charts 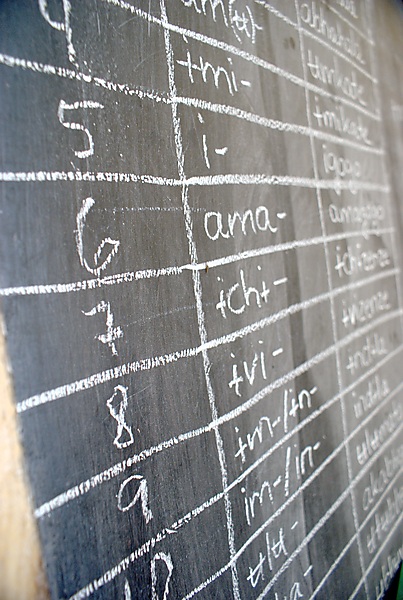 Classifying Pimbwe nouns according to their classes 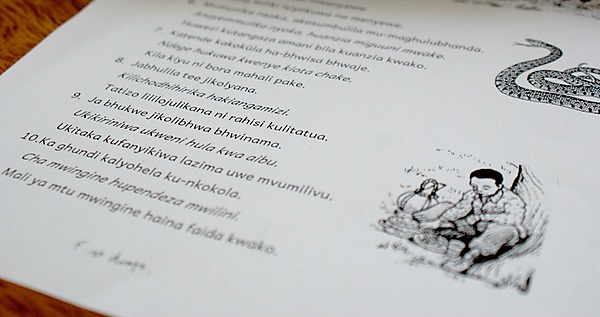 A few traditional Bende and Pimbwe proverbs were also collected 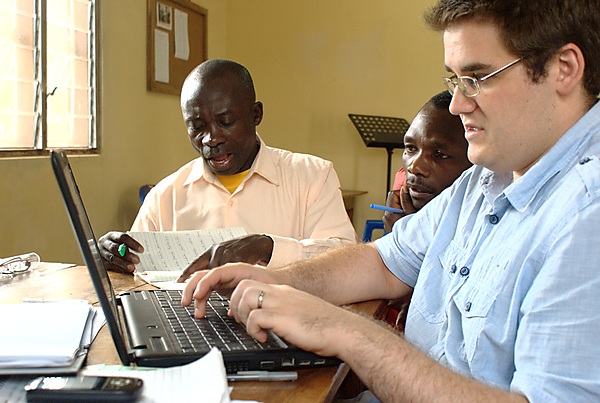 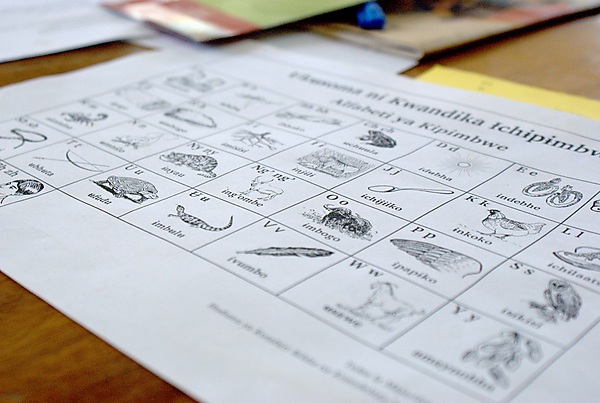