Poverty is a tricky subject to talk about, and yet it is one that as Christians we must always be conscious of, if only because it is a major theme throughout the Bible. There are many different types of poverty in the world, ranging from material poverty (often the most obvious) to educational poverty, poverty of health facilities, and poverty of human rights. As Christians we sometimes talk about spiritual poverty too, which can go alongside and even underlie many other forms of poverty.

While this paradigm makes sense with many other forms of poverty, I can’t help but feel that God’s kingdom is different in this respect. For one thing, Jesus made the rather startling assertion that

Blessed are the poor in spirit, for theirs is the kingdom of heaven. (Matthew 5:3) 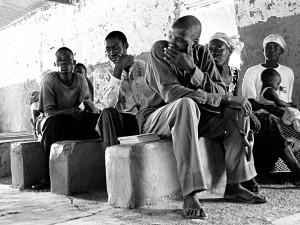 What does Jesus mean? The New Living Translation translates the verse as “God blesses those who are poor and realise their need for him“, and we often interpret this as meaning that those who are humble are blessed. I think these perspectives are valid, but we also need to remember the context of Jesus’ statement, where he was talking to large groups of mostly peasant people who had been repeatedly told by the pious religious leaders that they were not following the rules, that they must become like the religious leaders in order to know God, and that they were basically just spiritually poor. It is to these people that Jesus says “Blessed are the poor in spirit, for theirs is the kingdom of heaven”.

It is striking to me how our unspoken attitudes in Christian mission today can be similar to those of the Pharisees. In our approach to mission are we subtly (or not so subtly) communicating that the people around us are spiritually poor, and that we have all the answers and are spiritually rich? In an article in the MissionFrontiers journal, Greg Parsons suggests that

Like it or not, perhaps without realizing it, we actually do think we are superior… If we’re honest, we in the English-speaking world feel particularly proud of the massive biblical resources available in our language, some of which is actually helpful. Add to this our emphasis on (and experience in) explaining the Bible and it’s not surprising that people see us as teachers rather than learners. We have all the answers!

While there is certainly a place for teaching in Christian mission and the life of the church, I think we have to be careful of making the same mistake as the Pharisees, who equated knowledge of their teachings with spiritual wealth. I’m not sure exactly what Jesus meant when he said that the poor in spirit were blessed, but maybe he was hinting that his kingdom is more about humbly coming to him, and pointing others to him, than it is about knowing the right answers and feeling in some way superior to those who don’t know this truth.

Greg concludes his article by saying that

Despite the temptation of triumphalism, we should continue to pray big prayers and to prepare the next generation of workers with a big vision—one tempered by love, discipline, a servant’s heart, dove-like innocence and snake-like wisdom (Matthew 10:16). Read more…

Do we really believe Jesus that the spiritually poor are blessed? Perhaps the only way to approach the issue of spiritual poverty is to go and sit in the middle of the crowd, accepting that we too are spiritually poor, and to listen to Jesus together.