Back in May I was privileged to spend a few days with the Nyiha language community in Mbozi District of Tanzania’s Mbeya Region. The Nyiha were the first community that I was involved in surveying in August and September 2004, and since then they have worked with experts from around the world to translate the books of Ruth, Jonah, Mark, 1 Timothy, 2 Timothy, Titus and Revelation into their language.

The purpose of my recent visit was to see what impact these translated Scriptures are having among the community, and to see what lessons could be learned from the Nyiha that could be applied to translation projects in other communities throughout Tanzania. 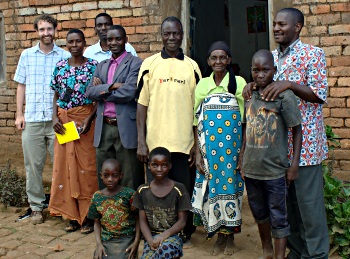 I was able to discuss some very interesting issues with people concerning the role of local language Scriptures in a multilingual setting, where many people speak Swahili and other local languages, in addition to Nyiha. While there are a significant number of people, particularly in rural areas, who have only a basic knowledge of Swahili, I was particularly interested to know how people who are highly bilingual in Swahili and Nyiha perceived the Nyiha Scriptures, in comparison to the Swahili Bible that has been available for many years.

Here are some translated quotes from Nyiha speakers:

The Nyiha that I met would very much value your prayers as they continue with the long and difficult job of translating the Bible into their language. And I would appreciate your prayers as I slowly collate this research into a report, which will hopefully be of use to other communities in Tanzania and beyond, as well as fulfilling the dissertation requirement of my MA in Bible and Mission!