Many of you will remember the Bende and Pimbwe language communities that we were working with from 2012-2013 in Katavi Region of western Tanzania. Over the past year since we left Katavi, our colleagues have continued to work with these communities, helping to devise and test writing systems and preparing to start translating the first portions of Scripture into these languages.

We are always excited to hear news of what is happening in Katavi, and wanted to share with you a couple of stories written by our colleague, Karin.

At the end of the short orthography testing workshop in the village of Majimoto (Pimbwe area), I asked the participants to write stories in Pimbwe. This is not only a good way of practicing their Pimbwe writing skills but it will also help me to gain more insights into the language and continue with the analysis. We would also like to publish a small booklet with stories written in Pimbwe. Most participants wrote folktales or about personal experiences. But one group took out a Swahili Bible and started translating a passage from the gospel of Mark into Pimbwe. That really excited me and touched my heart. It is my hope and prayer that it won’t take much longer until we can officially start translating the Bible into Pimbwe so that the people will get God’s word in their mother tongue.

At the end of February we went to some villages in both the Pimbwe and Bende language areas in order to record choirs singing songs in their mother tongue. Our colleague, Jo, who is a Vernacular Media Specialist, came up from Mbeya for that purpose. In every village we recorded one choir, singing up to eight songs. The size and formation of the choirs varied enormously: one choir consisted of only seven (young) men, while another consisted mainly of old people and another one again was a fairly professional choir of about 30 men and women, all wearing uniforms. Even the locations for the recordings were very varied. One choir sang in a big church where the sound was great, while another choir was recorded in a private house without a roof, just next to the pig stall. A few times the pigs joined in the singing…!

After Jo had finished editing the songs and compiling them, we burned CDs and designed covers for them. Now we have started to distribute them to the members of the choirs as well as to others. People are excited to be able to listen to songs in their mother tongue. 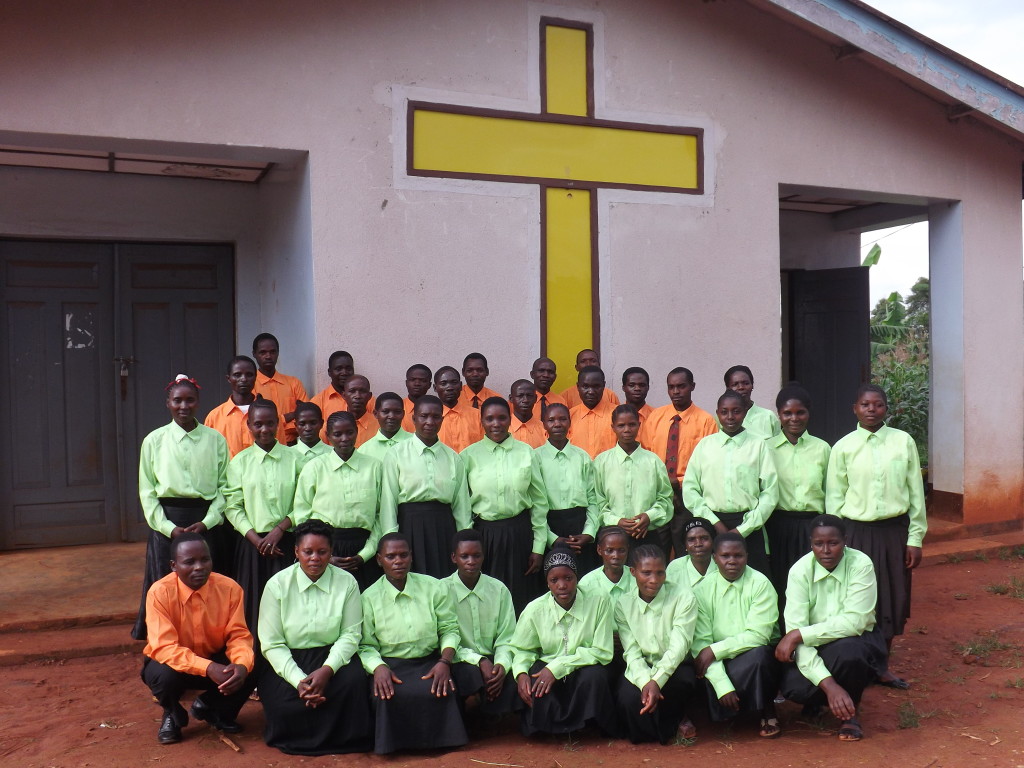 The Bende choir recorded in the village of Mwese (Photo: Karin Yalonde) 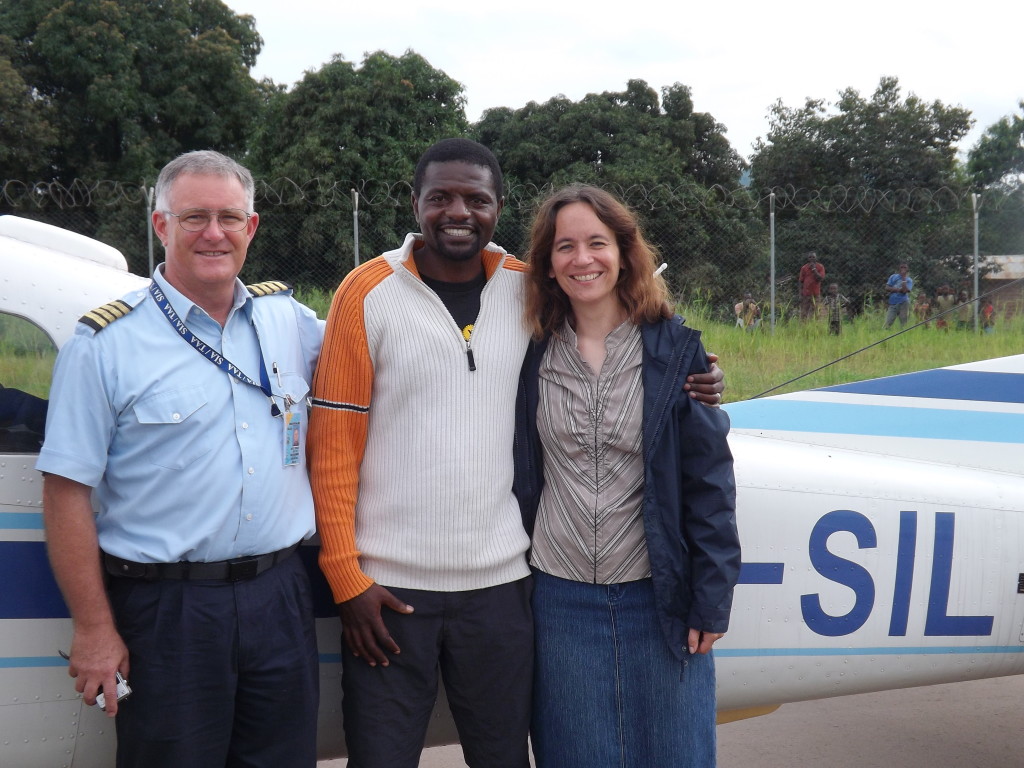 Our Katavi colleagues, Richard and Karin with Steve, the pilot who provided transportation for both people and equipment for the choir recordings! (Photo: Karin Yalonde)

Just last month, participants from these two communities were invited to our office in the town of Mpanda, to take part in a 3-week workshop to learn principles of translation. As part of the workshop they also worked on some rough first drafts of Scripture portions. While there is still a long way to go before these drafts become published books and audio Scriptures, we are excited to be moving forward with these communities, and pray that as this work progresses that it will have a real impact among the Bende and Pimbwe.

Laura and I are hoping to make the long trip to western Tanzania again in September, and are very much looking forward to seeing all our friends, and seeing for ourselves how things have progressed since we were last there!