Last year I had the opportunity to visit a village in the Kisi community on the eastern shore of Lake Nyasa in southwest Tanzania. Although to be honest there is not much of a shore to the lake on that side – for mile after mile the towering Livingstone mountains drop straight into the lake, with just room for one or two houses at the water’s edge. Travelling to the Kisi from Mbeya town requires a 3-5 hour journey by car, followed by 8-12 hours in a wooden boat with an outboard motor, praying for good weather and a calm lake. 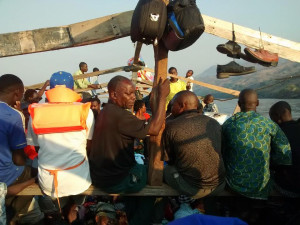 The long journey down the lake to the Kisi community

In the last couple of years our team in Mbeya have started working with the Kisi, helping them to develop a writing system that can then be used to develop written materials, and hopefully to start translating parts of the Bible. Our colleague Steve has recently written about how this work is progressing, describing a visit by several of the Mbeya office staff to the Kisi area to test the proposed alphabet.

Hazel remembered one man especially, who chuckled every time something new came up. There are lots of sounds in Kisi that are just not represented well by using the Swahili alphabet that Tanzanians learn in public school. For example, the Kisi have a j but they also have a jzha sound. You can’t write them both with j because two different words would look exactly the same. “He just sat there,” Hazel recalled “and laughed to himself, as if to say, ‘I can finally write my language!’ He was very excited. It was very sweet to see.”

In one village, a woman stood and spoke for her people…

“We know that our language will now be among the languages. People did not recognize us, that our Kisi was a good language. Now we have a [written] language! Thank you!” (Read more…) 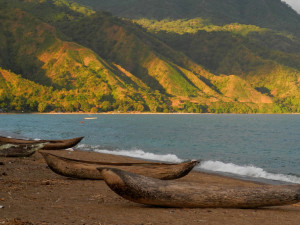 The Kisi alphabet is now officially at the “trial orthography” stage, meaning that we will print up to 200 copies of any materials for the purpose of testing the writing system. Over the next couple of years our linguist colleagues hope to gain further feedback from the community about how easy it is to read and write, while continuing to analyse the language and work through some of the trickier linguistic issues.

Our hope and prayer is that funding will be obtained for ongoing Scripture translation with the Kisi, as well as the Manda, Pangwa and Bungu communities, so that the alphabets that have been devised can also be used to communicate God’s words in the Bible to people who have not had access to it in their language before.