Last week I had the privilege of joining with the Mbugwe language community in Tanzania’s Manyara Region as they celebrated the publication of the books of Ruth and Jonah in their language. Apart from some old Mbugwe Scriptures that are now out of print, these are the first books that have been produced in the Mbugwe language.

The day started off with a service at the Catholic church, and continued with a parade bringing in the box of books. As the honoured guest at the celebration I then opened the box, and lifted up the books for the gathered crowd to see. I tried to read the first couple of verses of the book of Jonah, stumbling through the Mbugwe words that I couldn’t understand! 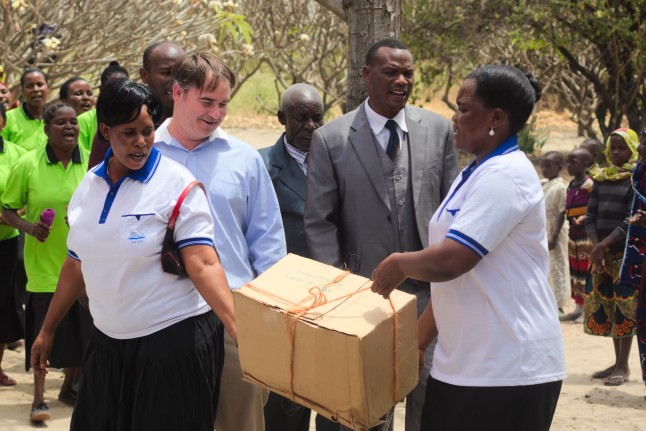 Carrying in the Mbugwe books 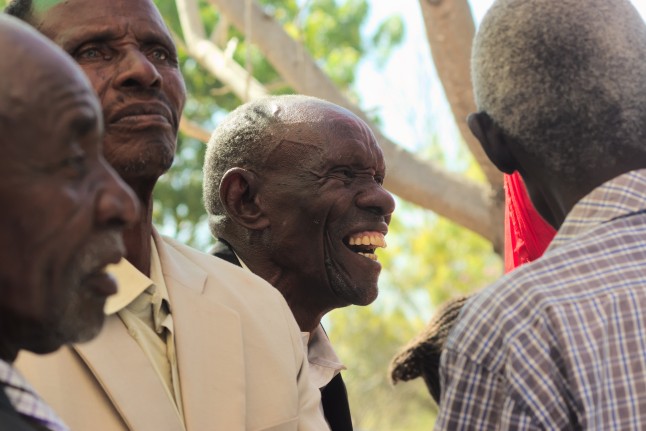 Immediately people came forward with money to buy the books, but they were asked to be patient until the celebration had finished!

Emmanuel Shishe, one of the Mbugwe translators, then read part of each of the books, and spoke about them in Mbugwe, which was also translated into Swahili. The atmosphere was electric as people responded to what was being said in Mbugwe, and there was a lot of joy and laughter! 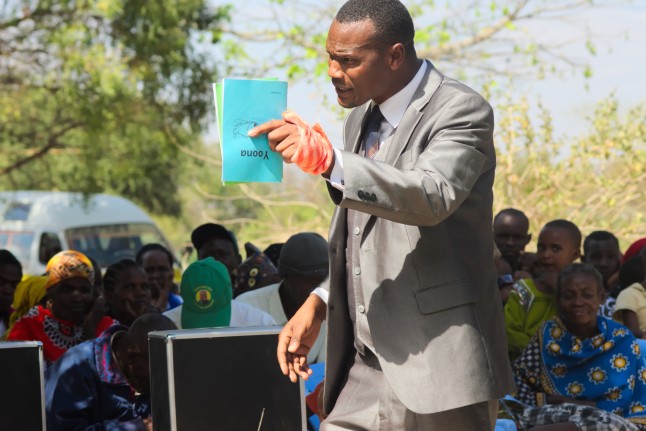 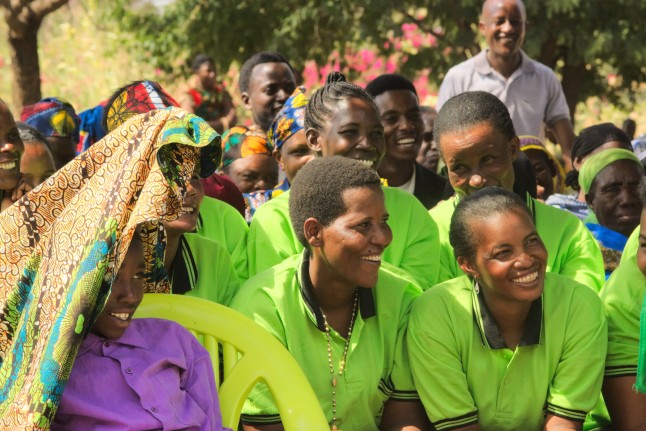 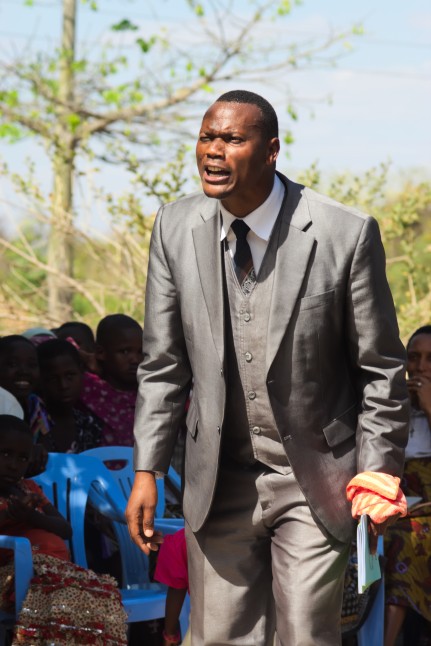 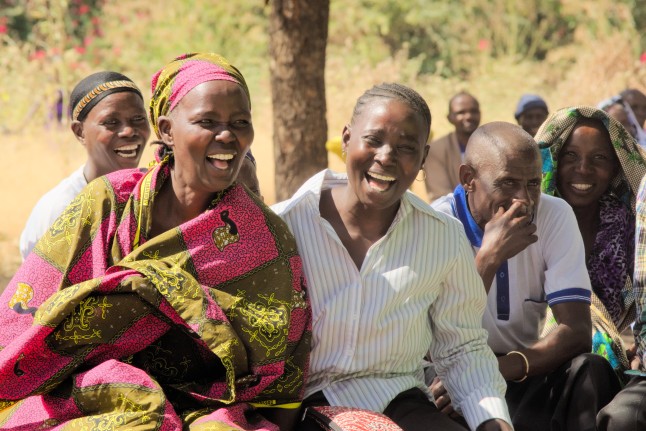 After several more choirs and much drumming and dancing, I was asked to address the gathering, and to respond to the speech given by the chairman of the Mbugwe language committee. I thanked all who had been involved in the project – translators, international linguists and advisors, church leaders, the language committee and many others who had volunteered their time – and reminded us that if we are to proceed with producing more materials, it has to be a communal effort. We are all like parts of a body, and the body cannot function unless every part does its job. 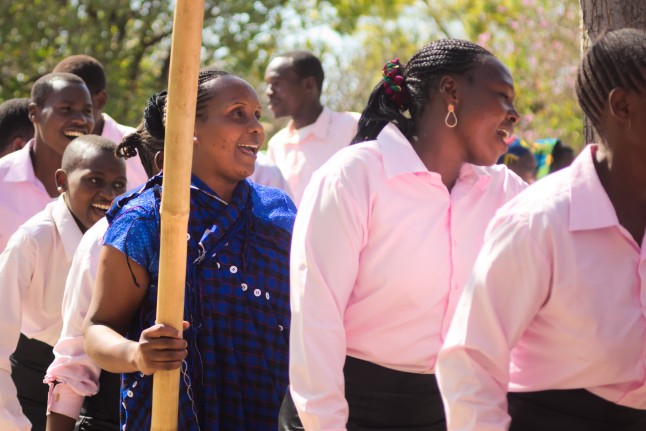 Several of our office team were then given gifts, with some of us also given Mbugwe names (I was given the name “Tajala”) to commemorate the occasion. The Mbugwe clothes we were given signified being born into the community, and the stick signified becoming an elder. The two-pronged end, and dark and light colours, were said to represent the coming together of different people from different places, to serve the Mbugwe community together. 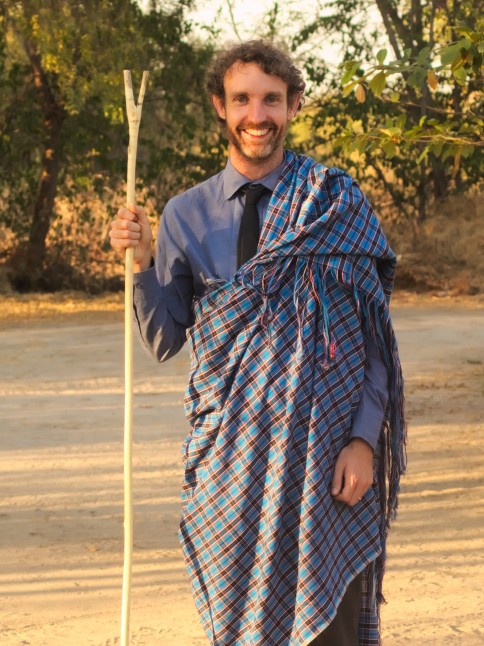 Afterwards all 100 copies of each book were quickly sold, with requests for more to be printed as soon as possible. Our hope is that the books will be well used, and that the community will continue to drive the project forward as we seek to work together in translating more books into the Mbugwe language. 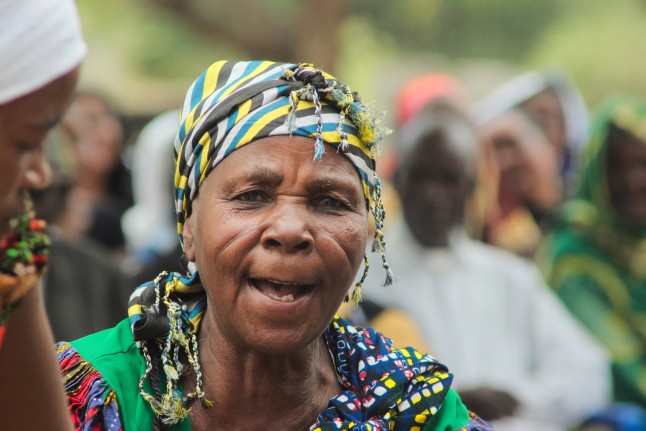